Buttery, light and subtly sweet with maple and rapidura sugar… Put on the kettle… 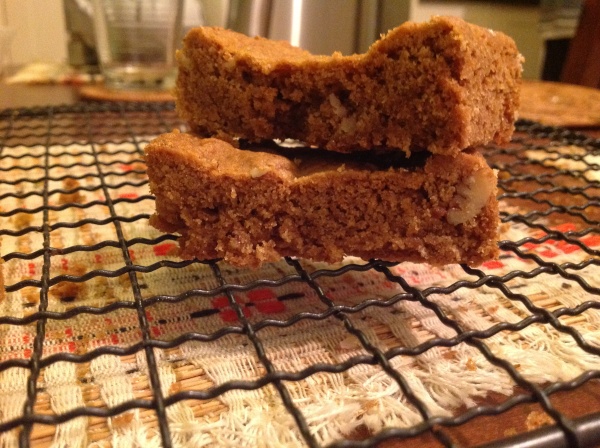 Maple Pecan Blondies 2.0 – we can thank Fettle Vegan for the original version that inspired these.

One of the vegan recipe blogs I love is Fettle Vegan, and that’s where I first came across Maple Pecan Blondies. Amber, Fettle Vegan’s founder and host, had just a few ingredients I prefer to avoid, so I substituted them. I also halved the recipe to fit two of my long and narrow brownie tins. Here’s my take (2.0):

Firstly, make the flax egg by combining the ground flax and warm water in a little bowl.

While the flax egg goes gelatinous, grease and flour the brownie tin. I use two tins that are about 3 inches by 9 inches each.

In my food processor I mixed up the oils, sugar, maple syrup and vanilla, then added the flax egg and blitzed for a few more seconds.

Then I added everything else, even the pecans so they could get chopped by the machine rather than me, and blitzed a few seconds until it all combined. Easy.

I spooned this into the two tins, wondering if I had enough to go around and discovering that it was just right. 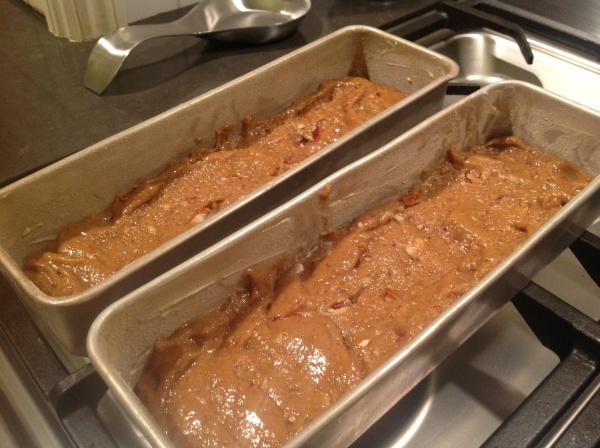 Blondies ready to bake. You think the batter won’t go far enough, but it does.

As instructed by Amber, I baked them at 180 Celsius for 25 mins.

Blondies fresh from the oven, after 25mins baking.

Then I let them cool a while in the tin before turning out to finish cooling. I love that sound of a baked good slipping perfectly out of its tin without sticking or breaking apart! 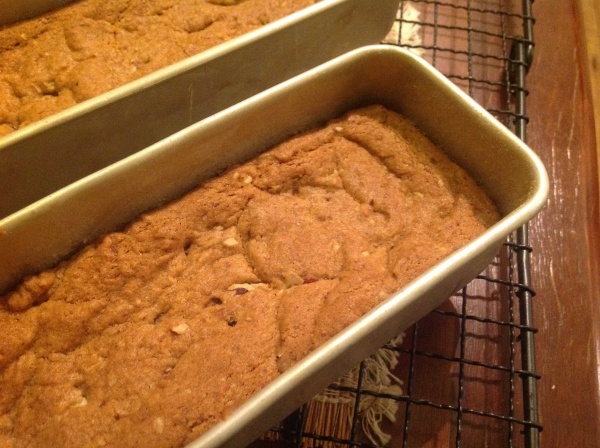 Leave the blondies to cool a bit before turning out

When they cooled, I sliced them with a bread knife to be gentle, and dusted most of them with powdered raw sugar (Amber suggested maple sugar but alas not sure where to get it here in Oz). These are for my lovely friend Heidi, for her birthday (along with a batch of raw brownies too).

A dusting of powdered raw sugar to make the blondies a bit special, for Heidi’s birthday.

This site uses Akismet to reduce spam. Learn how your comment data is processed.