Bright green seasonal vegetables work so nicely in a cheesy-creamy sauce with pasta.

Creamy green vegetable pasta (tipped a bit sloppily into the bowl, but that’s because I was in a hurry to gobble it up).

I love Creamy Mushroom Alfredo, but when I didn’t have mushrooms recently, instead I used a bunch of market-fresh green vegetables instead and it was worth the experiment. 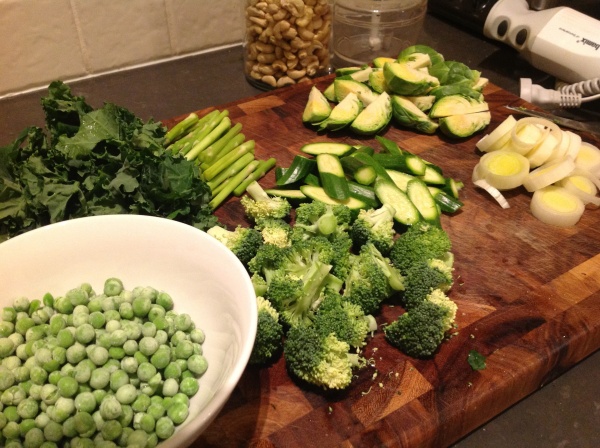 An assortment of green vegetables, chopped and ready to go. 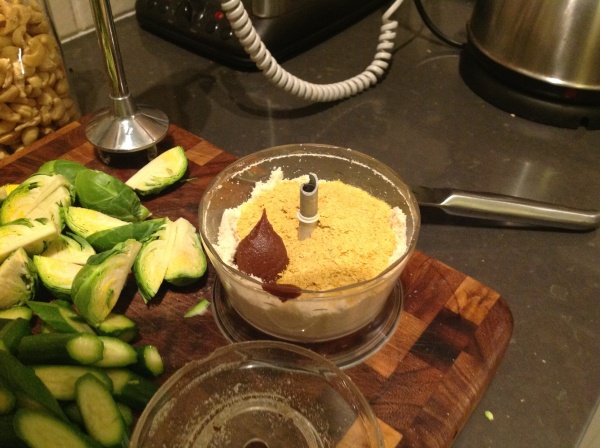 Get the pasta on to boil.

Stir fry the vegetables in the olive oil, adding them in stages based on their cooking time. 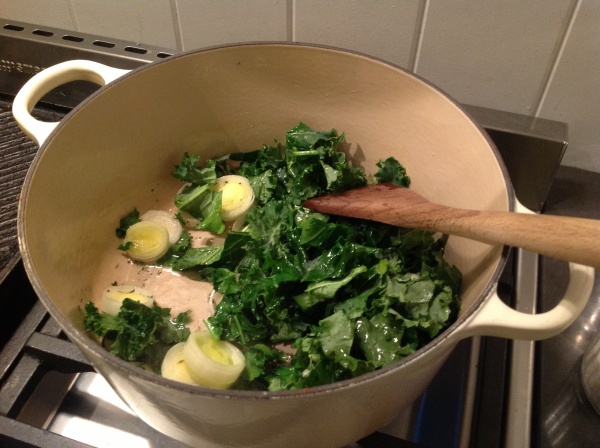 Gently fry the kale and leek in non-virgin olive oil.

The brussels sprouts and broccoli are added, and stir-fried for a while longer, followed by the baby zucchini and asparagus and baby peas.

While the vegetables are cooking, blend up the cashew alfredo sauce and have it ready.

At this point, you have the option to add in some dry white wine to reduce with the vegetables. I’d used about half a cup.

Cooked khorosan pasta and cashew cream sauce are added to the vegetables.

This site uses Akismet to reduce spam. Learn how your comment data is processed.